Below, watch the just-released visual for the track “Wave Gods,” featuring ASAP Rocky and DJ Premier. Rocky is listed as co-director of the latest Nas video, as are Hidji and Spike Jordan.

The fast-paced video gives viewers a careening journey through the world of the track, with Rocky (in a Circle Jerks t-shirt) first seen waking up and grabbing a joint. From there, Rocky is seen having a suitcase taken from him in a crowd, with Nas later joining up by the Testing artist’s side for a memorable overhead shot. 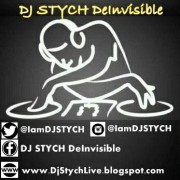 Opanka – Wo (Prod. By Ephraim)

Opanka – Wo (Prod. By Ephraim)